A Special Tribute to Assi Al-Rahbani 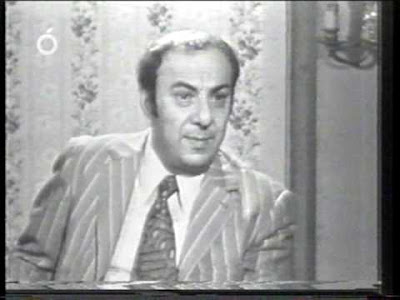 On the 21st of June 1986, Lebanon and the world lost the great Assi Al-Rahbani. I was 6 years old then and I admit I do not remember anything of value related to that day.

Today, as I was going through the local newspaper “Al-Akhbar” I read few articles about Assi; His life, his work, the Lebanon he created, the village he imagined, his relationship with the nature, with human beings…etc. It’s correct, as one of the articles described, Assi Al-Rahbani along with his brother Mansour and with the legend Fairuz pushed everyone, through their work, to create a special personal image of the Lebanon or the life (as personally I can’t separate one from the other) he/she wants or desires.

I stopped for a while, and went through the many memories I have…Indeed; Assi Al-Rahbani and Fairuz had an important role in shaping my imagination and in making me create an image of an environment I would have loved to live in. It’s no other than a normal evolution of Lebanon, where nothing was ever destroyed, nor rebuilt…where I can walk on the same roads where my grandmother has walked in Souk Al Tawile, Souk Ayass, Al-Ajamy Square, the famous “Place des Canons”…where I can mingle with people in the old souks, away from the standardized and boring shopping malls…before heading to the village. There everything is serene, people are still attached to their land, not willing to leave it at any cost! This is the perfect harmony I imagine between the city and the village a harmony best reflected by the most archaic link between the two: The taxi driver and his car! 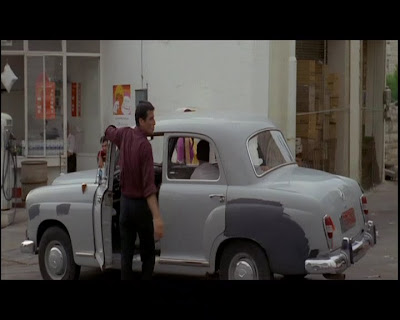 In the modern post independence Lebanon during the 1950s, 60s and beginning of the 70s, the taxi driver is always accompanied by his immortal Mercedes-Benz ponton or fintail. This duo has been best reflected in one of the Al-Rahbani’s movies “Bint Al-Haris” filmed in the 1960s. In this movie, Fairuz plays the role of the daughter of a local security guard in a peaceful village in Mount Lebanon, who for some reason is obliged to leave and work in the city. Several scenes show the daily life in Beirut as well as in the village where the taxi plays his designed role in the most loyal way. What I love about it is that in the whole movie the driver of the car has no role and no personality whatsoever! We just see the car; the Mercedes-Benz ponton which transports people from and to the city. 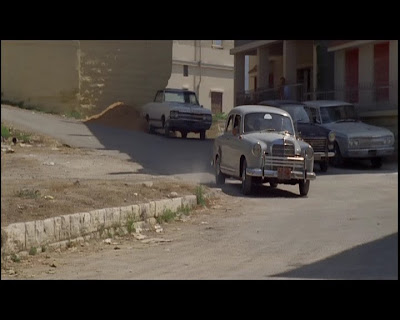 I would have loved to live in that era. My friends would tell me it’s because the cars are “old” by today’s standards! It’s a veiled reason maybe but I admit I am in love with the overall lifestyle back then. It’s a unique cohabitation of old Lebanese values I grew up on and a great deal of modernization by the 60s standards. This modernization is mostly shown when Fairuz works as a teacher in the movie, when people throw parties and dance; real parties, not those cliché parties where people are eating kebbe and dancing the dabke! In all these scenes, the immortal Mercedes-Benz ponton is around. It’s part of the folklore, it’s an irrelevant detail for many but it’s a crucial one for me who perceives eras through objects, especially cars. 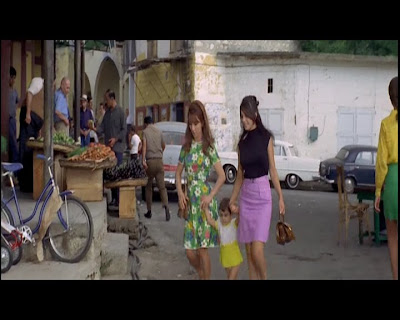 The Ponton was represented in Assi’s work. I am hundred percent sure he only intended to reflect faithfully all the details of the daily life back then, but he enriched my imagination in a way that aged pictures and old stories can never achieve.
Posted by Classic Cars Lifestyle at 11:59 AM