Young Classics Around Us 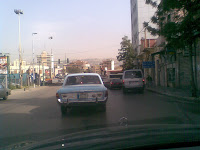 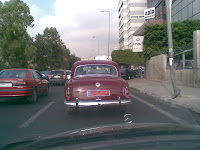 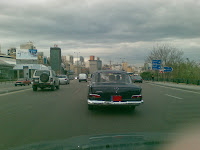 One of the most common scenes in Beirut is streets packed with cars, mini vans, and trucks of all sorts…new cars and “more mature” ones share the large and tight roads of Beirut honking, smoldering, and trying to get to their destination in the everlasting traffic jam!
As years pass by, new cars replace older ones! Just like human beings when a generation comes after the other!! When I walk across Beirut streets, I mainly notice old fleets of cars, young classics, a term Mercedes-Benz created to describe its cars made after 1960.
For Mercedes-Benz, young classics are cars that “one doesn’t have to be an expert to recognize. They are cars that were part of daily life, and became a landmark of our culture, cars that enlivened the streets and inspired generations. These cars are a part of history that can still be found on the roads today”.
For me, these cars are not just Mercedes-Benz! They are Peugeot, Renault, Ford Taunus, Chevrolet, Honda Accord and Civic, BMW, Opel, VW Beetle, Mini Cooper, Saab, etc… They are cars I grew up seeing around and cars I still spot today. They are moving “landmarks” and indeed “part of our culture” or at least my culture. Would you imagine a cab - “a service” in our Lebanese dialect - that is of a brand other than a Mercedes-Benz W114/115 or W123, for instance? Would you imagine a nun driving a car other than a Peugeot 504 or 505?

Are these cars worth saving? As a classic-car lover and restorer, I would at least buy and restore one of each model (models I like naturally). I would definitely restore a Mercedes-Benz 190 fintail, a Mercedes-Benz 200 or 230.4 (W114/115), a Mercedes-Benz W123, a Peugeot 404 and 504, a Renault 5 early models, a BMW 2002, a 1960 VW Beetle or Karmann Ghia and an Opel Rekord of 1980 (since my father used to own one back in the 80s)
Buying and restoring these cars is relatively easy and cheap since the parts are still widely available. Also, once restored, these cars can be easily used during weekends and even on a daily basis.

The sky is the limit!
Posted by Classic Cars Lifestyle at 5:17 PM